"Into the Woods & Wilds" opened on July 1, 2022, at the Main Street Artists Gallery in Quincy, CA.  This was a joint show featuring fine art photography by myself, Barbara McCabe, and fine art woodworking by Bruce Powell.  The show ran for the month of July and I was able to sell my first two prints as a professional photographer!  A special thanks to Julie and Lilli!

The Main Street Artists Gallery is located in the lovely historic Clinch building which has secured this place since 1908.  The gallery features large windows providing lots of natural light and raised ceilings which give the sense of openess and space so desired for viewing art.  Currently, 30 artists and 23 patrons are active in the gallery.

"Into the Woods & Wilds" showcased the full portfolio of 20 Kallitype prints from my graduate thesis project, Embracing Landscapes, as well as tea-toned Cyanotypes, Pinhole photography, and black/white photography.  The majority of images were captured with large format cameras.  I also displayed the original enlarged negatives for the contact prints, the pinhole cameras used for the pinhole imagery, and the dresses I wore for the self-portraits to create both a tactile and visual experience for the viewer.

Embracing Landscapes is a fine art project involving self-portraiture in natural landscapes and seeks to reveal the human connection to the natural world and the protection and preservation of that environment. The images were primarily created around the Sierra Nevada mountains and the deserts of Nevada.  Prints were developed through the Kallitype process to enhance the historic approach and the presence of natural lands across time.

The Kallitype process was first developed in 1842.  It is comprised of a light-sensitive element called ferric oxalate. The Kallitype print has an earthy brown hue that references the earth and the photographic windows presented are portals into nature that allow the viewer the opportunity to step into these wild places and establish their own bond with the natural world.

Below are the 20 prints from the Kallitype series.

The four tea-toned Cyanotypes titled, The Poetry of Space, explored how the use of cyanotype blue and the earthy browns of tea can combine to give poetic expression to the earth, sea, and sky.  The Cyanotype is an iron-based photographic process.  It is comprised of two chemicals; ferric ammonium citrate and potassium ferricyanide.  When these two chemicals are combined, coated on paper, exposed to UV light, and developed by washing in water, they create the beautiful color known as "Prussian Blue".

The Embracing Landscapes project began as a reflection of Ansel Adams-type landscapes with the introduction of a human presence to offer a more experiential connection to the land.  This show featured four of the original black/white digital prints I presented in my mid-point review at the Academy of Art in San Francisco.  Although rich in tonal range and imbued with meaning, these prints were just the beginning of a project evolution that culminated in the hand-painted Kallitype prints previously viewed.

Last, but not least, I displayed Pinhole imagery.  Pinhole photography is a type of lensless photography.   In the image below you can see three examples of pinhole cameras made from two tea cans and a metal game box.  These cameras were used to make the pinhole photographs presented.  The images created with a pinhole camera have an inherent blurriness and impart a dream-like emotion.  They capture an evocative moodiness that often feels surreal.

These pinhole cameras consist of a light-proof box with a small hole in one end, the "pinhole", and a light-sensitive material to record the image on the other end.  The inside of the camera was painted black, a small pin was used to make a hole for the aperture, and duct tape was used as a shutter. The first pinhole cameras were called "camera obscura" which essentially means "dark room" and could be anything from a darkened room, tent, or a can with a small hole for the aperture. Leonardo da Vinci was noted to have made the first recorded drawing of a camera obscura and its operation in 1490 in his Codex Atlanticus.

Even if you didn't make the "Into the Woods & Wilds" show, you have now "walked" through the gallery and experienced the photographs and imagery presented.  I hope you will come back again and join me in future posts where I plan to dive deeper into the fascinating techniques and histories of alternative process photography!

Next up will be a look into the cyanotype process. 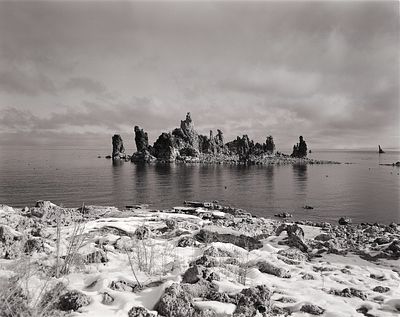 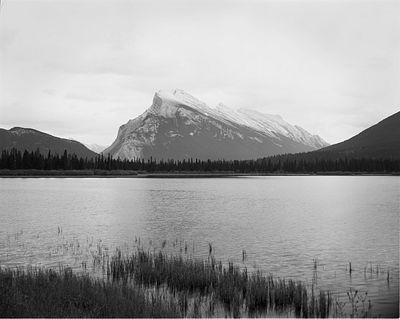 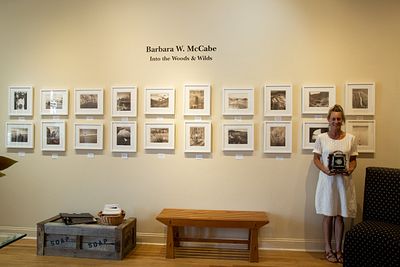